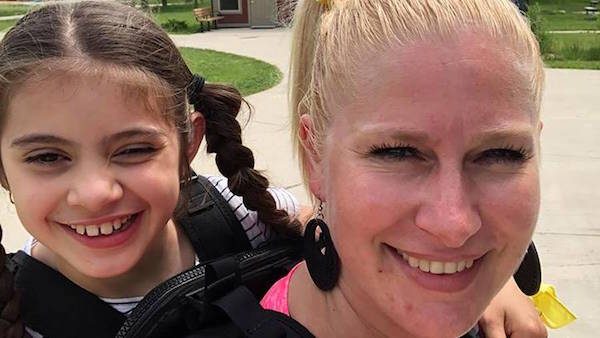 For someone with a disability, there are situations that can prove rather intimidating, if not downright challenging, to participate in. For 10-year-old Illinois student Maggie Vasquez, this could’ve been the case when her class was scheduled to attend a three-day camping trip to Camp Sullivan in Oak Forest.

Vasquez, who has cerebral palsy, would’ve had to skip the trip because the walker in which she uses to get around would’ve had difficulty maneuvering the terrain.

To Vasquez’s rescue came schoolteacher Helma Wardenaar, of The Academy for Global Citizenship in Chicago. Instead of standing by and allowing Vasquez to miss out on this event, Wardenaar volunteered to carry the student on her back.

Wardenaar, who exercises regularly, purchased a $300 harness that she could strap to her back and carry Vasquez in. 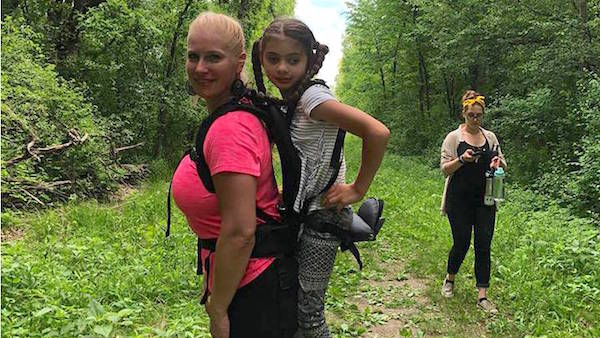 “It wasn’t a question of if she could go, it’s how can she go,” said Wardenaar in an interview with People.com. “It was really too long and far and there was going to be creeks, fallen over trees and low-hanging branches. This student is part of our community and we love her and want to do anything we can for her. We needed to find a way.

Wardenaar, who added that school officials worked hard to get Vasquez on the trip, further explained just how excited Vasquez was to be included on this trip.

“[Maggie] was so happy, she was like, ‘Ms. Helma, I’m going on the trip too! I’m going to see some butterflies!’ She was so happy when she knew she was going.”

Considering that Vasquez weighs 60lbs, Wardenaar certainly volunteered for a physically exhausting endeavor. But, she found some great motivation along the way.

“It was kind of heavy, but I’m strong and didn’t want to give up,” recalled Wardenaar. “Whenever I had moments when I was tired or huffing and puffing, [Maggie] would sing songs or say positive words to me.” 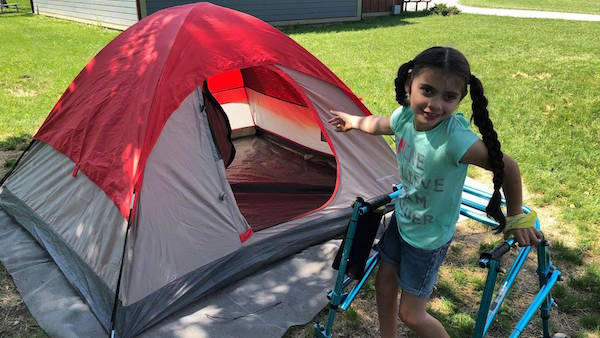