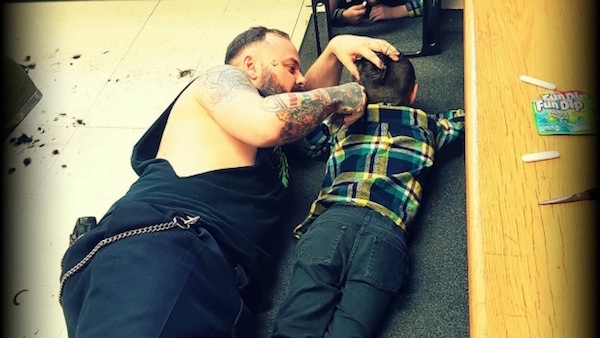 For many of us, getting a haircut is a simple task. We walk into the barbershop, or salon, describe how we’d like our hair to look, and then let the stylist work their magic. Sadly, this routine isn’t as easy for everyone.

In Rouyn-Noranda, Quebec, six-year-old autistic child Wyatt Lafrenière is unable to sit in the chair and let barber Franz Jacob cut his hair. You see, Wyatt is both hyposensitive and hypersensitive, meaning he sometimes doesn’t feel pain, but in other instances, having his hair touched can prove very uncomfortable.

To make Wyatt’s experience far easier, Jacob doesn’t just kneel down to the child’s level, he will also lie on the floor to cut his hair.

”I understood that with Wyatt I have to follow him around the salon with my tools to finish the cut,” noted Jacob in an interview with the CBC. 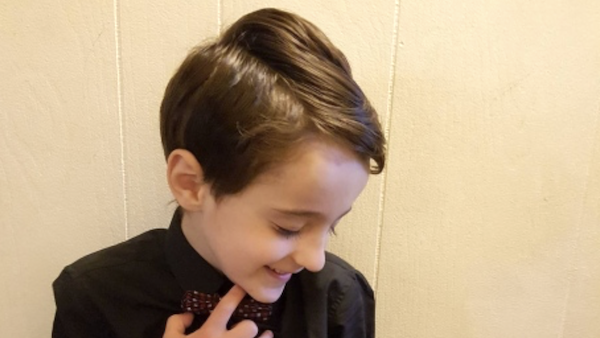 ”He takes care of everything, and I don’t even get involved. It takes a load off my shoulders,” said Wyatt’s mother, Fauve. “Usually hairdressers sort of panicked when they saw Wyatt arrive, so it was really exceptional to meet Mr. Jacob.”

Fauve added that Jacob greets Wyatt in the shop like they’re the best of friends: “To see that [Jacob] accepts these differences is just fantastic. Maybe it will open people’s eyes that there are other ways to approach differences.”

In addition to Wyatt, Jacob also cuts hair for a number of other autistic children in the shop. What helps make the place a welcoming one for these kids is the vintage, eye-popping memorabilia that line the walls. Of course, a healthy supply of candy also helps.

Most importantly, the atmosphere is calm and quiet. Appointments for those with autism are scheduled later in the day and take about an hour. During this time, Jacob closes his shop, noting the importance of a calm, quiet environment.

Since the photo of Wyatt and he began circulating online, Jacob has been receiving lots of positive feedback, including reactions from as far away as Japan.

”It’s a side that people don’t see,” commented Jacob. “Being a barber gives me that chance to live those emotions.” 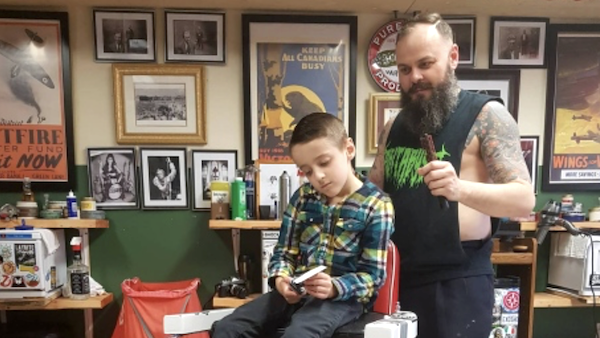