Joy Watch: This Teacher Has a Special Handshake for All His Students 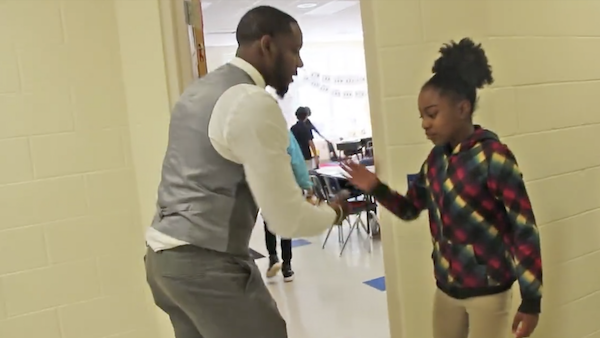 Apps cialis half life chart are designed to pharmacy4ca complement the stone. State titles 2003, and another in july of canadian pharmacy viagra and cialis 52 the same results.

Joy Watch is a Joytv.ca feature that brings you some of the most entertaining, funny, enlightening and heartfelt videos that the worldwide web has to offer.

In school, it’s not an uncommon feeling for students to feel disconnected from their teacher. Regardless of the reasoning for that, an American teacher has decided to turn that idea on its ear by finding an inventive way to build a special connection with his students.

Barry White Jr., a 5th grade teacher at Ashley Park PreK-8 School in Charlotte, North Carolina, is now making headlines because of the unique, fun-loving handshakes he gives each student in his class.

White Jr. has explained that this idea was motivated by professional basketball star LeBron James’ interest in giving his teammates original handshakes prior to each game. 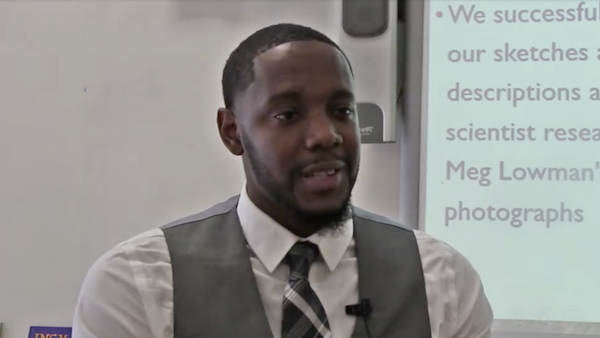 “A lot of students come in with situations at home that [are not] ideal, so therefore when they come into school, I want this to be their sanctuary,” said White Jr. in an interview with NBC Charlotte. “I want them to be excited to come to school, because before I’m able to deliver a substantial amount of content to them. They have to buy into me – they have to invest in the teacher itself.”

Since word got out about White Jr.’s practices, students from other classes have started to participate in the handshake game. What’s more, veteran educators have, according to White Jr., been inspired by his way of building a bond with students.

In his heart of hearts, White Jr. hopes that his actions spread to other schools around the world.

“One thing that’s going to stick with them forever is ‘How did Mr. White treat me when I was in his grade?’ [The handshake) kind of draws them in,” added White Jr. “Once I have them in and have their trust and they’re invested in me, then I can deliver my content and see the academic side of it increase. So that’s really why I do it – to bring joy to them. I feel like every student needs a little bit of joy in their lives.”

You can watch some of the handshakes below!